1. The Declaration of Independence on display in the Connecticut Collections was printed in 1777 by Mary Katherine Goddard. Goddard, who was born in Connecticut achieved notoriety not only for her printing business but also as a newspaper publisher and postmaster in Baltimore, all unique professions for a woman in the 18th century. Learn more about her.

2. King George III’s statue was not all melted down to become musket balls. On display in the Connecticut Collection is a fragment of the lead statue which was torn down in New York by rebel colonists in 1776. Following its destruction the statue was brought to Connecticut to be made into musket balls for the Continental Army. Numerous fragments of the statue didn’t complete the trip to Litchfield for many reasons. The piece on display was found near the Sloane house in Wilton and is believed to be a section of the military cloak of the statue.

3. Baseball and Politics may seem like an odd combination but not in the case of former Governor Morgan Bulkeley. Serving as our state’s Governor from 1889-1893 was only one of Bulkeley’s many accomplishments. Bulkeley was also the President of the National League, a founder of the Hartford Dark Blues baseball club and was elected to the Hall of Fame in 1933. Learn more about Bulkeley at Governor Morgan Gardner Bulkeley

4. Toast of the town…..The museum has over 50 vintage Connecticut made toasters in its collection made by companies such as G.E. and Landers, Frary and Clark. Several examples can be seen in the “Connecticut Art Deco” exhibit case in Memorial Hall.

5. The Gatling Guns exhibited in the Colt Firearms Collection can fire up to 300 rounds a minute.

6. Connecticut was once known as the “Arsenal of the Nation” as shown in the exhibit case in the Connecticut Collections. The case holds a variety of firearms made by 23 different Connecticut companies during the 19th and 20th centuries. Included are examples from Colt, Winchester, Sharps, Marlin, Volcanic Repeating Arms Company, Sturm Ruger and Joslyn Firearms.

7. Connecticut’s “Flying Governor” was Jonathan H. Trumbull who served from 1925-1931. Trumbull, who is not related to the other three Connecticut Trumbull Governor’s, earned the nickname for his love of flying during aviation’s early years. The Connecticut Collection displays a damaged propeller from an airplane Trumbull was flying which was involved in an accident. Fortunately no one was injured! 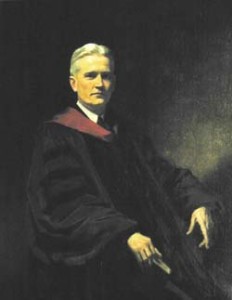 The Museum of Connecticut History will be closed on these days:-