During World War 1 the Battleship U.S.S. Connecticut remained in home waters, of York River, Virginia. More than 1,000 trainees—midshipmen and gun crews for merchant ships—took part in exercises on her while she sailed in Chesapeake Bay and off the Virginia Capes. The Battleship was assigned to the Cruiser and Transport Command and spent the first half of 1919 bringing troops home from Europe. 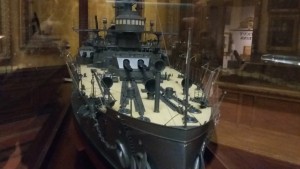 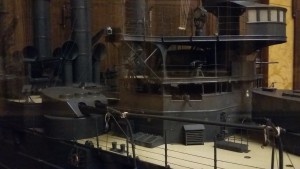 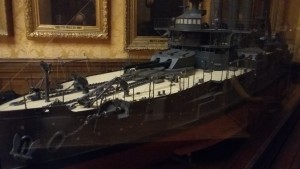 Images: U.S.S. Connecticut model loaned by the U.S. Department of the Navy.

Link to Video: Michael Shay Presented Connecticut’s Yankee Division who fought in World War I at the Battle of Seicheprey. 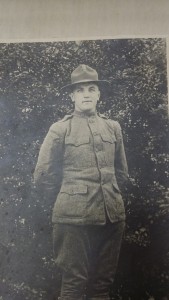 After being wounded at the battle of Chateau-Thierry, the doctors didn’t think Jacob Bernasconi was going to survive, so the Army packed up all his personal belongings and shipped them back to his fiancee. Augusta (Gussie) Marie Firnhaber in New Britain, Connecticut. The Personal Effects Bureau, whose seals can still be seen on the box, was responsible for distributing the personal effects of America’s soldiers fallen in battle. The baby shoes, which were Gussies, were sent to Jacob as a token of good luck. Jacob received a Purple Heart for his injuries. He survived the war and more about him can be seen at the exhibit. 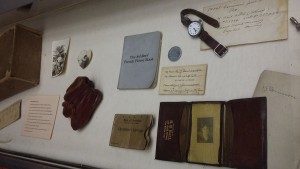 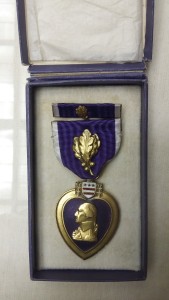 Exhibit of items from the Museum of Connecticut History

Following the Armistice, Connecticut, like most states, issued a medal recognizing the war-time service of its residents. Manufactured by the Robbins Co., of Attleboro Massachusetts, the obverse depicts the figure of liberty, holding aloft an olive branch and the torch of liberty, and an American eagle holding arrows in its talons, with the words “World War 1917-1918;” The reverse contains the Seal of the State and the words “State of Connecticut For Service.”

Many Connecticut cities and towns also issued service medals to their returning veterans. These medals exhibit a wide varieties of designs, employing patriotic symbols and slogans to convey the heartfelt gratitude of the cities and towns issuing them to their fellow citizens.